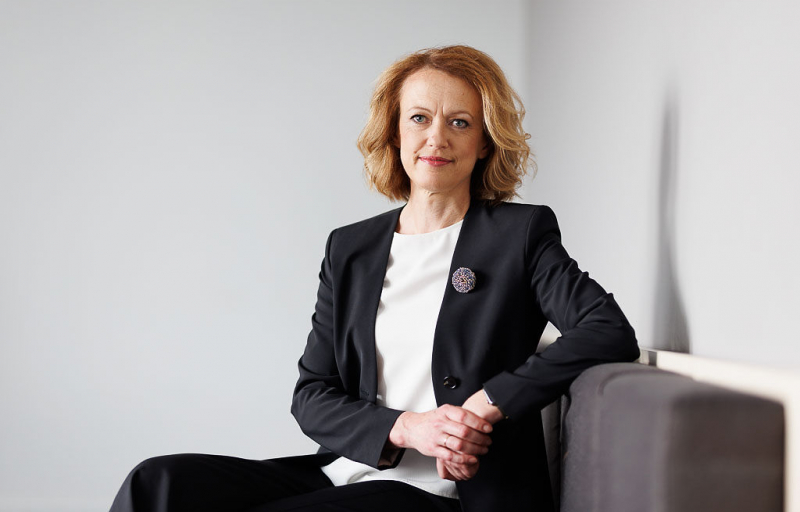 “The strong start to the year in the economy continued in the second quarter. The lifting of Covid restrictions at the end of March allowed the pandemic-affected service sectors to recover. As a result, the population was also able to purchase goods and use services more actively again, as shown by the increase in payment dynamics. Manufacturing and exports also maintain a good pace of economic development. However, challenges are mounting, which will slow the economy in the coming quarters. Among them is rising inflation, including rising energy and food prices, as well as rising interest rates in international markets, and the expansion of sanctions against Russia. The rate of population savings observed earlier has now slowed considerably. It is likely that these changes will affect the consumption activity of the population, and the most difficult time for the Latvian economy may be the beginning of next year. However, given the accumulated experience and the ability to adapt to change, it is likely that the Latvian economy will avoid major shocks. In this phase, the government’s ability to support less affluent groups of fundamental social importance will play an important role.”

In response to international events, companies are becoming more cautious about embarking on large-scale new investment projects due to factors such as increases in energy prices, supply chain instability, and counterparty payment discipline that could reduce business opportunities in the future. However, the financial position of SEB customers is currently sound, and our customers are prepared for the expected inflation and supply challenges in the coming fall. We are pleased to see that businesses are increasingly integrating sustainable solutions into their business, and that SEB banka can help them do so, for example by providing EUR 4 million in financing for the construction of the Daibe biowaste recycling plant by waste management company ZAAO. SEB banka has also loaned 0.5 million EUR to the national food retail network ELVI for the installation of solar panels in larger stores, thereby continuing to support sustainable development initiatives by Latvian companies and investments in energy-efficient projects.

Social entrepreneurship should be definitely highlighted. In June, the first social entrepreneurship grant competition “Augšup” (“Upwards”), implemented jointly with municipalities in the vicinity of Riga, was completed. Of the 20 social enterprise ideas submitted, five were selected. Their authors will receive financial support for their implementation. The total amount of grants awarded this year is almost 40,000 EUR.

At the beginning of September, young entrepreneurs will have the opportunity to apply their business ideas for the (ie)dvesma funding programme, to be held for the sixth time. The maximum cash amount is 10,000 EUR; private individuals willing to start their own company as well as existing companies are eligible.

Also in early June, the sixth round of the SEB Growth Programme was released. This brought the total number of Growth Programme graduates in Latvia to 71 companies. During the programme, 12 companies spent almost 9 months improving their knowledge in the areas of business development, while developing their individual business plans in parallel.

The second quarter was generally a very dynamic period from various aspects of sustainability. Time and knowledge was invested in several events that addressed sustainability issues – we invited our customers to attend the annual Sustainability Forum “Ilgbūtība” 2022, where we discussed the latest developments in sustainability across different sectors, companies and among opinion leaders. The conference offered the opportunity to participate both in person and remotely. Great responsiveness and over 4,600 people in the audience show that the forum is a valuable discussion format to talk about solutions and opportunities as well as challenges in achieving sustainability goals, not only individually in each company, but also nationwide.

We also launched an initiative in the public space on “Equal Opportunities for Women and Men in the Future,” addressing women – to take advantage of the investment and savings opportunities available to them, as women are somewhat less active than men in this area.

Several events were held for adolescents. After the long pandemic-related hiatus, this year saw the Golden Fish Championship for schoolchildren, where SEB’s contribution this time concerned safety in the digital environment, both in the use of financial services and in simple activity on social media. The SEB Innovation Centre was visited by students who, with the support of the Vītols Fund, received study scholarships from SEB banka, which is an investment in the future of adolescents. We are pleased with the keen interest of young people in sustainability aspects, economic development and investments.

However, the most important event in the area of sustainability was undoubtedly SEB banka’s award in the highest category - the Diamond category, which it received for the first time in the history of the Sustainability Index. We are very pleased about this recognition, because it is a high appreciation for us and what we do together with our customers.

Robust financial performance in the first half of the year

Changes have been made to the General Terms and Conditions

Starting from 29 December 2022, SEB will terminate all financial services in Croatian kuna (HRK)

Implementation of the new IT system for factoring is completed